Discover the restoration of Kilkenny Castle
"

The Butlers Depart From Kilkenny Castle

The Deane and Woodward works were to be the last major rebuilding at Kilkenny Castle until a series of phased building and conservation programmes were carried out by State agencies from the 1970s onwards. The Butler family had moved out and auctioned the contents of the castle in 1935. There followed years of neglect and dereliction. Throughout the 1940s and 50s various proposals were put forward about the future of the castle but it was not until Mr. C.J. Lytle made a generous gift of £20,000 towards restoration work that any serious intent could be followed up.

When the castle was formally taken over by the State in 1969, the Office of Public Works had agreed to assume responsibility for the restoration of the gardens and open parklands, and the Picture Gallery wing was renovated and reopened during the 1970s. Later, the central block and North Tower were investigated, when the principal problem was found to be dry and wet rot, which had attacked the timber structures within the walls of the castle.

The fungus had spread throughout the building rotting floors, roof timbers, wall panelling, doors, windows and other joinery so that extensive reconstruction of the interiors was the only option available to the architects involved. However, before beginning another building campaign an archaeological investigation was carried out. The information gathered at that time has greatly increased our understanding of the origins and development of the castle. The garden front of Kilkenny Castle showing the Venetian Gothic windows with small balconies that were inserted during the Deane and Woodward work on the castle.

The interior of the central block was virtually rebuilt but, where possible, original building materials that had been salvaged were reused. In areas where these had deteriorated or were missing, faithful reproductions of high quality were used for features such as decorative plasterwork cornices and suchlike. Great care was also taken with other interior fittings. Copies were created from original pelmets, wall coverings, carpets, and bookcases in the library.

The overall intention was to recreate interiors for the Picture Gallery wing and central block based on mid nineteenth-century styles that prevailed when the last Ormonde building campaign at the castle had taken place. A later phase of restoration work has been carried out in the Parade Wing, which includes the two circular towers and the area behind the Classical gateway. It is now used as a conference venue that also serves as a showcase for the imaginative adaptation of a medieval space. 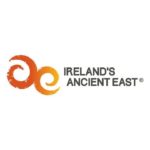 The focal point of the Pleasure Grounds is the lawn at the back of the house, which rises gently up to a large circular fountain with single high water jet. It is the view framed in the over fireplace window of the Nobel Room which beautifully connects the interior of the house with the exterior ornamental grounds.

The fountain is approximately 21m in diameter and its basin was re-lined by OPW, although its original hydraulics are still operating. It is on the site of an earlier, formal flower garden. Its scale and position indicate a possible French influence, or it may have been influenced by a similar fountain at Ashford Castle.

The fountain and lawn are enclosed by magnificent mature trees including a 200-year-old beech tree, cooper beech and lime trees. On the western side of the lawn are the Dairy and the Cherry Walk, created by Gwendolen, Lady Iveagh in the mid-twentieth century, which leads to the Sunken Garden.

Sunken gardens in various formal styles were popular in the early twentieth century. Muckross House in Killarney has a sunken garden designed by Wallace & Company in 1945, and the remains of an early twentieth century sunken Italian garden have been uncovered in the walled garden at Fota House. This one is in the Dutch of Early English style and was created some time after 1907, probably by Edward Cecil Guinness. The design has some similarities with the sunken pond garden at Hampton Court, which dates from the original Early English period, and may relate to his connections with the British Royal family.

An ornamental gate leads into the rectangular garden, which was designed with three descending brick terraces leading to an oval pool in the centre, with a marble fountain of carved putti figures. The fountain has been restored under the direction of OPW and the Carrara marble exposed. Fine topiary peacocks and spirals surround this fountain on two levels. A brick wall enclosing the garden is paralleled by a high yew hedge, which leads the eye to the two conifers framing the view to the small apple orchard beyond.

The Walled Garden covers about four acres and is sloped ideally towards the south. A fine pair of highly decorative wrought iron gates lead into a diagonal walk with double herbaceous borders backed by high yew hedges. South of the main crosswalk is a small orchard and potager, while north of it there is a small rose and lavender garden. The Walled Garden dates from the early nineteenth century, when Charles Trench owned Farmleigh; it is shown on the 1837 Ordnance Survey map as having a diagonal layout with seven squares and glasshouse. Later that century it had an extensive range of glasshouses on the south wall for many plants grown in typical Victorian fashion to support large-scale bedding schemes as well as producing exotic fruit and flowers and foliage, particularly orchids and ferns, for year round display in the house.

Among the additions made by Edward Cecil Guinness were the small Victorian fernery under glass and grotto nearby with two old ogee windows from St Patrick’s Cathedral in the end wall of the garden. He also erected a number of glasshouses, including a fine three quarter span cast-iron vinery behind the high yew hedge, the potting shed, and the gardener’s house and pump house which were built in the Arts and Crafts style. His daughter in-law, Gwendolen, Lady Iveagh, subsequently created a compartmentalised layout, which was fashionable in the early twentieth century along with renewed interest in old style garden plants and herbaceous borders. A new traditional path led from the wrought iron gateway connecting the Walled Garden to the broad walk at the back of the house. This new axis of the garden was reinforced by tall yew hedges backing the long double herbaceous borders which she also planted.

A stone temple was created as a focal point of the garden by Benjamin and Miranda Guinness in 1971: it has six antique columns of Portland with a copper roof and ornamental weather vane. The main cross path either side of the temple has metal structures designed by Lanning Roper for climbing roses and wisteria similar to those in the famous Bagatelle Garden in Paris. A paved rose garden was laid out to the north east of the temple backed by a yew hedge and looking across a lawn to the small orchard and potage. Lanning Roper suggested planting a quince, a mulberry, a catalpa, and a magnolia, to complete what he described as a Carolingian Quartet on this lawn. Lady Iveagh subsequently planted the double herbaceous borders, which include yuccas, phormiums, paeonies, astilbe and euphorbias.

The building of the dairy was a serious business in Victorian times. An earlier fashion for follies and temples had evolved by then into a combination of the decorative and the useful. As part of the country house economy, the dairy became also a garden feature, a small building often strategically placed close to the house but away from farm buildings and their accompanying odours. J.F. Fuller planned the dairy at Farmleigh at the same time as the major refurbishment of the house in the 1880s. It is a more modest building that many other dairies of its time but still contains many attractions. The estimate given for its cost in 1880 was £982; the most expensive item was cut stone and marble at £269.

It nestles among trees in a picturesque setting at the side of the lawn and is clearly visible from the house. Faced with red brick from Cork, with stone trimmings, it is almost rectangular in plan and one storey high. The front of the building has a gable to one side in which are a Gothic-style pointed doorway with a corresponding hood moulding which echoes the shape of the glazed light over the door. Stepped back slightly from the gable side of the front is a five-light window with five beautifully executed stained glass panels in the upper sections. They depict idyllic pastoral scenes of cows and one of a milkmaid carrying her stool being greeted by a gentleman who raises his hat in a salute. Each scene is bordered with coloured glass.

The walls are lined with rosa perino, and a marble console, called a dresser (like a counter), is attached to three of the walls and supported by a brass grill with quatrefoil ornament. Behind the rail are the cooling system pipes that run under the counter. These were cleaned by the OPW, revealing brass under the black coating. The floor has marble squares laid in a diamond pattern with a six-inch wide channel course. There are two other rooms in the Diary, one of which was probably a scalding room and the other a scullery. The fashion for the picturesque dairy continued into the early twentieth century until agricultural developments signalled its decline. Members of the present Guinness family do not remember it being used as a dairy although it continues to enhance the vista from the rear of the house.